JERUSALEM (VINnews) — Attaining freedom sometimes unfortunately comes with paying a bloody price, and that means war. Today we will go on a journalistic journey to understanding the Israel-Arab conflict through a brilliantly written book titled The Bloody Price of Freedom: Israel’s Battle for Justice, Freedom, and Commitment to Democratic Values written by Richard D. Heideman, Esq.

We will hear documentation about how the Palestinian leadership mishandled and sabotaged many opportunities, and a deep analysis how international law has been misused by the United Nations for political purposes. We will also hear about the link between terrorism and antisemitism, and how he exposes the diplomatic boycott and terror warfare against Israel and the global Jewish community.

Richard spoke about the Durban Conference to combat racism, and how in essence it promoted racism, and about the 2 BDS movements, the economic BDS, and the BDS of public opinion. 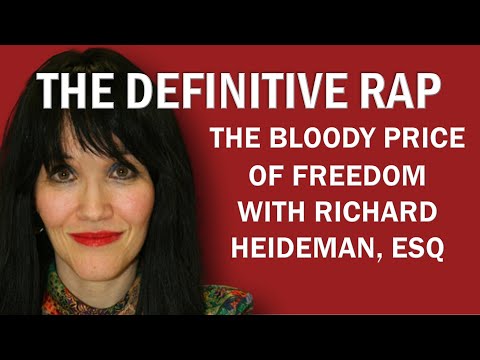 Baila Sebrow is an acclaimed journalist, inspirational international speaker, and 5TJT columnist who hosted numerous radio and Cable TV shows, including Insight/Israel. Baila is also an educator, and active on many human rights and political causes. Baila is the Founder and President of Neshoma Advocates, Inc., servicing children and families at-risk. She is also a world renowned matchmaker and relationship coach, and president of Baila Sebrow Events, LLC. She has been been featured in various publications, including The New York Times.