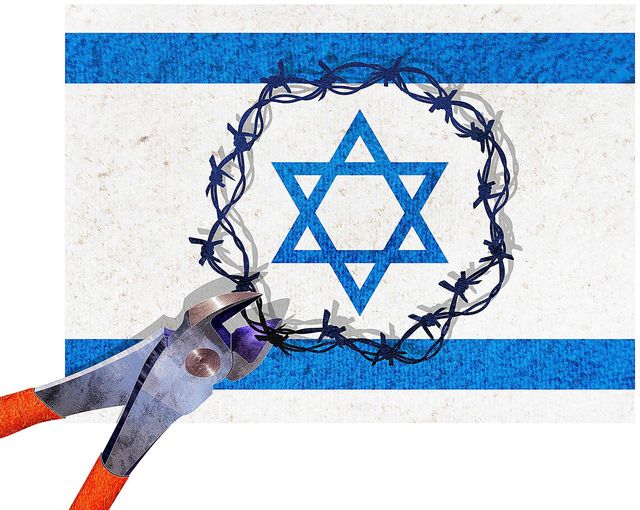 Educational, corporate and political organizations have stepped up efforts to isolate Israel through academic discrimination and economic blacklisting. Wrongly, organizations funded either directly or indirectly by U.S. taxpayers are advocating these boycotts.

oycotting Israel, reportedly narrowly defeating a resolution calling for a boycott, but adopting a resolution condemning Israel. A panel on Jan. 9 consisted of four panelists and a moderator all supportive of the boycott, divestment and sanctions movement against the state of Israel. One of the panel’s “experts,” Omar Barghouti, is a founding committee member of the Palestinian Campaign for the Academic and Cultural Boycott of Israeland currently studies at Tel Aviv University in Israel. Mr. Barghouti once infamously wrote in the Electronic Intifada on Jan. 6, 2004, “We are witnessing the rapid demise of Zionism, and nothing can be done to save it . I, for one, support euthanasia.”

Boycott methodology was instituted immediately after the 1948 establishment of Israel in hopes of starving the nation of economic sustenance and her legitimate right to exist and to grow as a nation-state of the world.

Previously, Congress enacted two pieces of legislation to discourage U.S. entities from participating in illegal boycotts against Israel or other countries. A 1977 amendment to the Export Administration Act of 1969 instituted criminal and civil penalties for such participation, and an amendment to the Tax Reform Act of 1976 instituted tax penalties for participation in illegal boycotts. Both were partially successful, and congressional intervention is needed now.

Outrageously, the federal government essentially subsidizes these academic boycotts by granting tax-exempt status for many organizations endorsing and encouraging the boycotts. For example, American Studies Association membership includes 2,200 colleges, universities, museums, foundations, societies and other institutions — many of which are tax-exempt — and their revenues often come from tax-deductible contributions. Actions should be taken to highlight — and preclude — charitable organizations from using tax-supported dollars or contributions to engage in illegal conduct.

Economic boycotts of Israel by U.S. companies are also ongoing. In July 2010, a food cooperative with two locations in Olympia, Wash., voted to become the first grocery store in the United States to ban all Israeli-made items from its shelves. Just last month, the office-supply store Staples reportedly announced plans to cease sales of the popular new SodaStream products because the company’s manufacturing facility is located in Israel’s ancient Judea-Samaria area.

An important Supreme Court case shows how Congress should address this issue. In 1970, the Internal Revenue Service informed Bob Jones University, a private religious university, that its tax-exempt status would be revoked owing to its racially discriminatory policies. The Supreme Court ruled that the First Amendment’s religious-liberty guarantee does not prohibit the Internal Revenue Service (IRS) from revoking the tax-exempt status of an educational institution with practices contrary to a compelling state interest. Congress can instruct the IRS to revoke the tax-exempt status of institutions endorsing any Israeli boycott. Although some may argue such action would violate First Amendment “free-speech” rights, Supreme Court precedent clearly shows the First Amendment does not preclude the United States government from taking away tax-exempt status if a “compelling state interest” exists in so doing. Because academic boycotts are contrary to U.S. foreign-policy interests and, in effect, promote hatred and racism, a compelling state interest exists in acting to stop these anti-Israel boycotts by denying tax-exempt status to boycott proponents.

In addition, Congress should create a private cause of action under the Export Administration Act for businesses directly impacted by an unsanctioned boycott. The federal government possesses the power to levy monetary damages in the form of fines against companies that comply with demands by boycott proponents, and the government should do so. The Export Administration Act should be amended to allow private parties harmed by boycotts to pursue punitive and compensatory damages in U.S. courts against the responsible party.

It’s time to put a stop to taxpayer subsidization of boycott advocates, and it’s time to allow victims of these boycotts to pursue justice in a court of law. Illegal boycotts cannot be countenanced and must be stopped, and the offending companies and organizations must be held legally accountable.

Richard D. Heideman is senior counsel of the Washington-based international human rights and trial-law firm Heideman Nudelman & Kalik P.C. and the author of “The Hague Odyssey: Israel’s Struggle for Security on the Front Lines of Terrorism and Her Battle for Justice at the United Nations” (Bartleby Press, 2013).