As Richard D. Heideman takes the reins of one of largest Zionist organizations in North America, one crisis keeps him concerned.

“The attitudes of too many people against Israel – against the Jewish people and against Zionists – is worse than I have experienced in my lifetime,” the former Louisville resident told Community. “It’s more than just the United Nations; it’s seen in the spirit of the anti-Semitic boycott movement. It has become almost a field day to attack Israel, attack the Jewish people, and to attack Zionism.”

Yet Heideman, who was elected president of the American Zionist Movement at its March 6 biennial assembly, sees his job, not to redefine Zionism, but to “reenergize” it.

“Zionism has become a misunderstood and maligned term,” he said. “It requires a fresh approach to reenergizing people in support of Zionism rather than accepting the assaults that our enemies have thrown at the feet of Zionism.”

He identified several short-term ways to breathe fresh air into the movement:

Long term, Heideman said there will be other programs rolled out by the by under the banner Zionism Forward.

“We must return to the basics of Zionism,” Heideman said in his March 6 inaugural speech, “that which unites us all in this hall here today, and make it relevant to our families, our communities, our synagogues, our schools and beyond.”

A Washington, D.C., attorney, Heideman brings a career’s worth of Jewish activism to his new a post.

His law firm, Heideman Nudelman & Kalik, has been at the forefront of representing victims of terrorism. It served as lead co-counsel in Litle et al v Arab Bank, Plc, a case brought by American victims of terror attacks during the Second Intifada, including families who lost relatives. A jury eventually found the Jordan-based Arab Bank – which does business in the West Bank, and around the world, including New York – liable of funding and sponsoring terrorism in violation of the U.S. Anti-Terrorism Act.

It was the first time a financial institution had been found liable for violating that law.

Heideman also served as chair of the Herzliya Conference of International Advisory Board, the Hebrew University Faculty of Law Institute for Law and Policy, Jerusalem; and the United States Holocaust Memorial Museum Lawyers Committee. He currently chairs The Israel Forever Foundation, a charitable foundation that highlights Jewish and Israeli contributions to humanity.

He also served two terms as president of B’nai B’rith International and was head of delegation for the Conference of Presidents of Major American Jewish Organizations (CPMAJO) to the 2004 Durban Conference against Racism.

The AZM is an umbrella organization that represents 25 Zionist organizations from the across the political spectrum and all streams of Judaism.

It is, in part, because of this diversity that Heideman believes Zionism merely needs a good jolt of energy.

“AZM represents the wide diversity of the American Jewish community with Israel at the center,” he said, 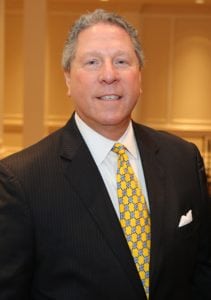 Since AZM is a member of the CPMAJO, he said AZM members that do not have a seat at the conference are nevertheless represented.

Though not actually a native Louisvillian, Heideman comes pretty close.

Born in Detroit, he and his wife, Phyllis Greenberg Heideman, and oldest daughter, Stefanie, moved here following his graduation from George Washington University Law Center in 1972. They stayed until 1988 when the family returned to Washington. His younger daughters, Elana and Ariana, were born here.

“My wife and I were very involved in the community,” Heideman recalled. “Our children went to the day school; we went to Keneseth Israel, where my wife was president of the Sisterhood. We were honored in Louisville by State of Israel Bonds with the Heritage Award.

In addition, much of his family still calls Louisville home.

His brother Michael (Mickey) and his wife, Carol, still live here. Two of his daughters and a son were born here, and his sister, Gayle Heideman, and her husband, Ronald Nackson, live here. His parents lived her from 1967 until they passed away.