ICJ treatment of Israel biased, as seen in Syria 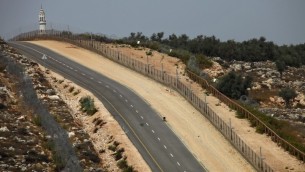 In 2003, the UN General Assembly asked the International Court of Justice (ICJ) for its opinion regarding Israel’s recently constructed security barrier. That request was, according to American attorney Richard Heideman, a landmark part of the ongoing war against Israel, one which had turned “from the use of force to the use of words.”

As international players such as the Arab League filed their briefings to the ICJ, the prominent lawyer and former B’nai B’rith president filed the only briefing by a nongovernmental body, on behalf of the Foundation for Defense of Democracies. “I argued a very basic argument,” he recalls almost a decade later at a Tel Aviv hotel, “that Israel, like any other country in the world, has the right and the obligation to protect its citizens.”

For many, the resulting July 2004 advisory ruling against Israel has become a cornerstone when it comes to the question of international law and its role in resolving conflicts around the world. For Heideman it was a situation in which Israel faced one of its toughest challenges to date — and one which might have shaped the future challenges facing the state. That case, he says, had a drastic influence on the threats sounded by the Palestinian Authority as it negotiates with Israel.

The American attorney had previously voiced his opinion that Syrian President Bashar Assad should be taken to court. He said actions carried out by Assad over the past two years “are war crimes and crimes against humanity and the Syrian regime must be held accountable.”

“The fact that the General Assembly referred the matter of the terror prevention fence to the ICJ so quickly… but after more than two years and 100,000 people killed,” has yet to prosecute Assad or Syria shows the system is extremely flawed, he says. “The legal system is biased against Israel, and the Syrian example proves it.”

In a July 2004 advisory opinion issued by the ICJ, it called upon Israel to remove the barrier and compensate those damaged by its initial construction. It also listed other Israeli actions it viewed as illegal, which had little to do with the barrier itself.

Heideman says the court didn’t look at the context in which the fence was built. “The fact that it was constructed after years of fighting,” or that “it was built because hundreds of Israelis were killed and thousands hurt in terror bombings” wasn’t addressed by the court.

“Those who asked the ICJ for its opinion worded the questions in a way that would harm Israel,” the lawyer argues. “They referred to the fence as a wall,” he says, in an effort “to make Israel look bad… Whoever studies the topic knows that only 5-10 percent of the terror-preventing barrier is a wall; the rest is a fence.”

Heideman makes sure to call the barrier (which has many terms, depending upon one’s political stance,) the “terrorism-prevention fence” throughout the entire interview, using the terminology laid out by Israel’s Foreign Ministry during the ICJ debate.

In his latest book, “The Hague Odyssey,” Heideman shares his experiences from the ICJ case against Israel. However, he says, the starting point of the story is as old — if not older — than the state of Israel. “The fighting against Israel started before there was an Israel,” but at one point “it shifted from a military offensive to a verbal one.

“President George W. Bush had made his Rose Garden address, in which he laid out the ‘road-map’ for the Israelis and Palestinians to follow… It was accepted by all sides involved, and, as a result, the quartet was formed,” he said, explaining his position. While the UN Security Council, the US, EU, Russia, Israel and the Palestinian Authority had decided to work according to the Bush plan, the UN General Assembly — “using the ‘One country — one vote’ system” — chose to refer the issue of the fence to the ICJ.

Heideman says that although Israel and other countries argued that the court didn’t have jurisdiction over the issue, “its judges decided they could move forward with it.”

According to Heideman, the new strategy “is trying to demonize Israel” and frame all its actions as bad or even criminal. For the veteran attorney, the decision to turn to the ICJ was blatantly an anti-Israel effort, an escalation in the “war of words” against Israel. The attorney points to the court’s ruling, which used the terms “occupying power” to describe Israel, and “called Judea and Samaria, or the West Bank, ‘Occupied Territories’ with capital letters,” as two examples of how the petition to the ICJ changed the public discourse, framing “Israel as the violator of human rights.”

One of the most absurd things during the hearing process, he says, is that “the court refused to look at a detailed, in-depth ruling by Israel’s High Court of Justice issued weeks before the ICJ gave its opinion.” Rather, “they dismissed it entirely, even though it had access to first-hand facts on the ground and included petitions by Palestinians affected by the fence.”

Currently the honorary chairperson of SCIL, an annual student conference on international law organized by StandWithUs, Heideman spoke to The Times of Israel shortly after spending time with the next generation of attorneys and international law experts. “The world of international law is moving toward international jurisdiction,” was his response when asked about the future of his field.

International jurisdiction is “a situation in which any person could be prosecuted and tried in any country — something that could be very useful at times, but an idea that is threatening Israel at the moment,” the attorney argues. On the one hand, such a change “would allow an aggrieved Syrian to demand justice” he won’t get in a court at home, but it also means “politicians and companies involved in building the terrorism-prevention fence” have had subpoenas issued against them in various countries.

Heideman says that one outcome of the move toward international jurisdiction and the 2004 ICJ ruling is that the Palestinians are currently “threatening Israel with two weapons,” even as they hold talks under the auspices of US Secretary of State John Kerry.

Israel is threatened “both by a possible third intifada and by the Palestinian Authority turning to the international courts,” he says. What should be a system protecting those who need it, like in Syria, is used as a threat similar to that of a violent uprising, he charges. “The question isn’t only about what Israel did or didn’t do” regarding the fence. What’s important, he says, is “how it will react to the future challenges it faces.”

*Article original published in The Times of Israel on September 25, 2013