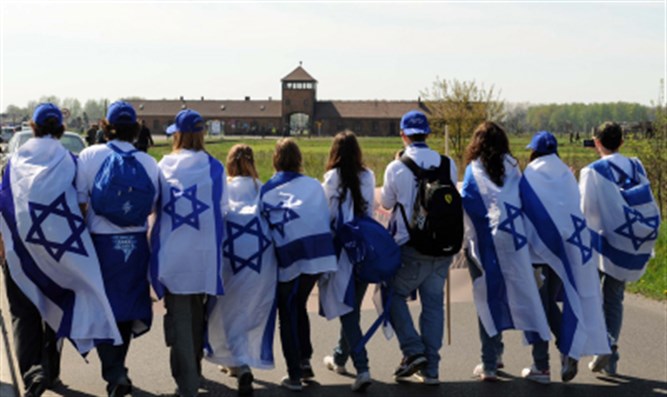 On Tuesday, February 28th, the Holocaust educational program International March of the Living co-sponsored a Holocaust Educational Symposium on the Nuremberg Laws and the Nuremberg Trials, held at Loyola Law School of Los Angeles, in cooperation with the International and Comparative Law Review and Loyola Center for the Study of Law and Genocide. The International March of the Living annually brings 10,000 students, survivors, liberators, and other individuals from all over the world to Poland and Israel on Yom Hashoa, Holocaust Memorial Day, to study the history of the Holocaust.

The Nuremberg Laws, which were implemented by Nazi Germany in 1935 and ultimately facilitated the murder of 6 million European Jews, illuminate the tragic and devastating decimation of human life that can flow from state-sanctioned hatred. By contrast, the International Military Tribunal, or Nuremberg Trials, of 1945-46 held accountable many of the most culpable political and military leaders of the Third Reich and gave rise to many of the fundamental principles of international law today.

The Nuremberg Symposium featured several high-profile thought-leaders and agents of change in the modern application of the lessons learned from the Holocaust including Harvard Law Professor Emeritus Alan M. Dershowitz and Benjamin B. Ferencz, the lead prosecutor of the SS-Einsatzgruppen Trial, prepared video recorded remarks that were presented as part of the program.

Participants discussed the Nuremberg Laws in the context of better understanding the consequences of state-sanctioned hate. As a prelude to the Holocaust, the Nuremberg Laws were enacted with the objective of dehumanizing the Jewish community in the eyes of the German population. Among other deprivations, the laws denied Jews the rights to practice law or engage in other fields of trade, incentivized German consumers to boycott Jewish businesses and encouraged German citizens to ostracize their Jewish neighbors.

Richard D. Heideman, Senior Counsel of the law firm Heideman Nudelman & Kalik, P.C., recipient of the 2016 Public Justice Trial of the Year Award and author of the article in the Special Edition of the Law Review entitled Legalized Hate, noted that these laws began as “mantra of the government” and became “mantra of the people,” ultimately shaping the German misguided view that violence towards Jews was consistent with the law. Applying the lessons of the Holocaust to today, he further noted the uniquely hateful murder of six million Jewish men, women and children and that the state-sanctioning of hatred by the Nuremberg Laws also has contemporary legal implications as seen through the state-sponsorship of terror that exists today citing the heinous attacks sponsored by the Islamic Republic of Iran and also the attempts at genocide in Darfur, Rwanda, Yugoslavia and butchering in Syria as well as recent self-radicalized attacks such as the Boston Marathon bombing.

Participants also discussed the Nuremberg Trials and its role in combating contemporary genocide. Following the Holocaust, the Allied powers erected the International Military Tribunal in Nuremberg, where leading Nazis were sentenced to death for waging aggressive war, committing war crimes, and committing crimes against humanity. Many of the perpetrators went unpunished, but the Nuremberg Trials represented the first implementation of an international court of criminal law with a mechanism for enforcement. “A modicum of justice,” Professor Michael Berenbaum proclaimed, “is essential to our survival.” Professor Michael Bazyler presented video footage from the Nuremberg Trials, and explained that the documentary evidence produced at the trial has played an important role in shaping Holocaust education for future generations.

The program also featured a panel on the “Contemporary Tragedy of Genocide,” where Ms. Hannah Bryce, Assistant Head of the International Security Department at the Chatham House, discussed her prior experience performing humanitarian aid work in Sudan and South Sudan and Ms. Umunyana shared her account of surviving the Rwanda genocide when she was four years old.

The Symposium evolved from a combination of two previous programs put on by each of the two co-sponsors. Loyola Law School’s International and Comparative Law Review hosted a Nuremberg Symposium on November 20, 2015 commemorating the 70th anniversary of the Nuremberg Trials. The International March of the Living hosted the Nuremberg Symposium at Jagiellonian University in Krakow, Poland on May 4, 2016, chaired by Professor Alan Dershowitz, Former Canadian Minister of Justice and University of McGill Professor Irwin Cotler and Richard D. Heideman.

In connection with the Symposium, Loyola’s International and Comparative Law Review, today published a “Special Edition Vol. 39: The Nuremberg Laws and the Nuremberg Trials,” which includes articles submitted to the Law Review by leading scholars on Holocaust and international law, as well as transcripts from the presentations delivered at the International March of the Living’s Nuremberg Symposium at Jagiellonian University.