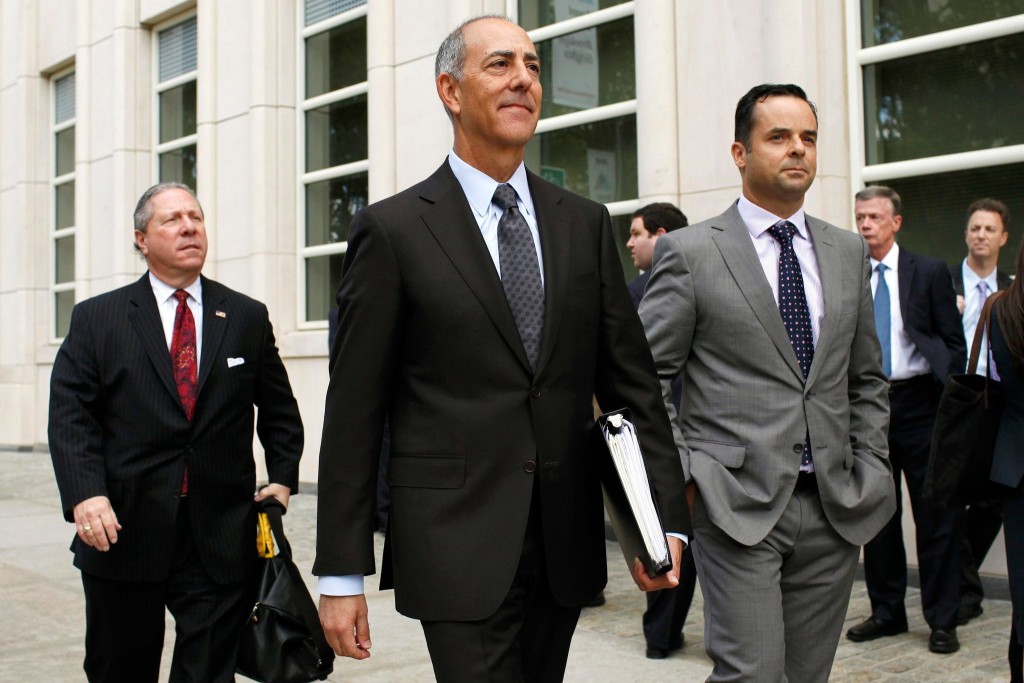 It was a bit after midnight, and the crowd at Mike’s Place, a beachfront bar in Tel Aviv, was still thick, as people stayed for a jam session that attracted local musicians.

Joshua Faudem, who had worked an earlier shift tending bar, was seated outside; he was working on a documentary on the bar, and had brought his camera.

Mr. Faudem recalled that he and his girlfriend soon ducked back inside, and he remembered seeing a friend, whose birthday it was, onstage singing.

“Then, the explosion. The explosion. There was a bomb,” Mr. Faudem testified on Thursday. “I immediately jumped on my girlfriend; I threw her on the ground and covered her.”

Running out, he said, he saw the body of a suicide bomber, who had “exploded at the entrance to the bar.”

Mr. Faudem’s testimony about the 2003 bombing came at a trial in Federal District Court in Brooklyn in which about 300 plaintiffs are accusing Arab Bank of knowingly financing terrorism by maintaining accounts associated with Hamas and by processing payments to people linked with terrorism. Arab Bank, whose headquarters are in Jordan, says that it followed proper compliance procedures and that any payments that may have gotten through were errors.

This week’s testimony, given by the plaintiffs, has focused on Hamas’s responsibility for the 24 terrorist acts that affected the plaintiffs. Arab Bank has already conceded that the attacks, which took place in and around Israel in the second intifada, were acts of terrorism, but the plaintiffs still need to establish that each of the acts in question were committed by Hamas.

The trial, despite being a case about terrorism, is also expected to largely hinge on specific bank transactions, and whether Arab Bank took enough measures to determine if they were linked to terrorists.

Mr. Faudem, 38, was expected to be the only plaintiff to appear on the witness stand to offer his recollections of a terrorist act (this week, plaintiffs showed a taped deposition describing an attack, given by a man who has since died). Even so, the judge, Brian M. Cogan, warned lawyers to avoid graphic testimony because this part of the trial is to gauge only the bank’s liability, and not damages.

Mr. Faudem was born in Detroit, and moved to Jerusalem when he was 8. After serving in the Israeli military and attending college, he moved back to Jerusalem in January 2003, initially living with his parents.

Mr. Faudem was in Tel Aviv when he noticed a bar called Mike’s Place, next to the American Embassy. He was familiar with a smaller version of the bar in Jerusalem, which he called a “very familiar hole-in-the-wall blues bar.” An owner of both bars was a family friend who had attended his bar mitzvah; after he stopped in, he said, he wound up with a job at Mike’s and an apartment to rent.

On April 29, 2003, as a junior bartender, he got the slower daytime shift. He finished work around 8 p.m., and walked to his apartment, took a shower and ate. Mr. Faudem, who had studied filmmaking, was a few weeks into filming a documentary about Mike’s Place, and he returned to the bar with his camera around 10.

Two musicians and a bartender were killed in the bombing, and dozens were injured. Mr. Baxter suffered a brain contusion, hearing loss and burns; Mr. Faudem suffered hearing loss and post-traumatic stress from the attack. He would return to Mike’s Place to continue filming what was now a very different documentary.

At the trial, a lawyer showed Mr. Faudem a picture from a Hamas website claiming responsibility for the attack. It shows two men with green headbands. Asked if he recognized the men, Mr. Faudem said he had seen one of them about an hour and a half before the bombing, while sitting outside the bar.

Asif Hanif was identified as the bomber. The other man pictured, Omar Khan Sharif, had apparently planned to blow himself up at Mike’s Place but had not succeeded, and had run off. His body was found floating in the sea not far from Mike’s Place; it remains unclear what happened to him.

Correction: August 22, 2014
A summary with an earlier version of this article misidentified a plaintiff who appeared on the witness stand. He is Joshua Faudem, not Brian.