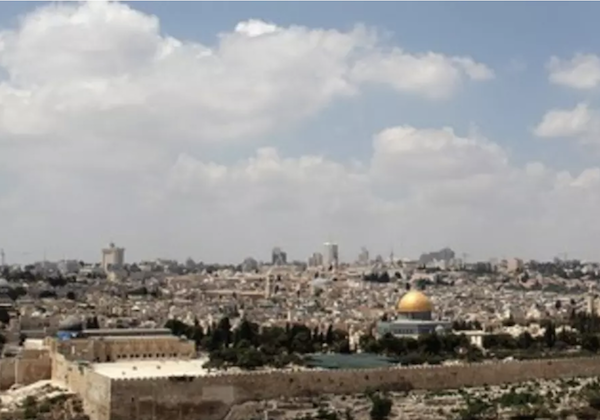 The overwhelming majority of statements pouring in from Jewish groups around the world following the US recognition of Jerusalem as Israel’s capital were expectedly jubilant, although some liberal organizations expressed concern about its timing.

“We welcome this recognition of Jerusalem as the capital of the State of Israel, and we hope that European states will follow suit and their leaders make similar statements,” said European Jewish Congress president Dr. Moshe Kantor. “Jerusalem has been the capital city of the people of Israel for millennia and the central focus of Jewish identity and peoplehood, so it is right and just that its status be recognized.”

“This new US policy can serve to embolden peace, as standing in opposition to those who reject a Jewish presence in Jerusalem, telling them that their rejectionism will be met with recognition,” Kantor added.

“For us Jews, Jerusalem has always been and will always be the capital of the Jewish people,” said the Conference of European Rabbis.

From the US, a plethora of groups lauded the announcement, and major groups such as the World Jewish Congress, AJC and the ADL were careful to emphasize that they did not believe the move should preclude peace negotiations, or that it diminishes the recognition of the Muslim and Christian connection to the city.

“By stating the truth of Jerusalem’s status as the capital of the State of Israel, President Trump has asserted US global leadership towards ending a longstanding, senseless anomaly,” said AJC CEO David Harris. “With the Prime Minister’s Office, the Knesset, and nearly all government offices situated in Jerusalem since Israel’s independence nearly 70 years ago, it is inexplicable that countries around the world have refused to recognize Israel’s capital. No other country in the world is treated this way.”

AJC also welcomed President Trump’s announcement that the US Embassy will be moved from Tel Aviv to Jerusalem, saying, “We look forward to the day when the American flag, at long last, is flying at a new US Embassy in one of the capital city’s western neighborhoods, which have been under Israeli sovereignty for nearly seven decades.”

“At a time when international organizations and other detractors delegitimize the Jewish state and deny any Jewish connection to the holy city, this is a significant step that acknowledges reality: Jerusalem is the political capital of the country and has been the spiritual heart of the Jewish people for millennia. We welcome President Trump’s announcement that the United States – almost 70 years after the founding of the State of Israel – will begin the process to relocate its embassy consistent with the longstanding bipartisan consensus as enshrined in the Jerusalem Embassy Act of 1995. And yet this important and long overdue step should not preclude the imperative of peace negotiations – including discussions over the final status of Jerusalem. We urge the US, Israel, the Palestinian Authority, and the international community to work together to reduce tensions and create conditions conducive for the rapid resumption of Israeli-Palestinian negotiations leading to a two-state solution.”

Rabbi Marvin Hier, founder and dean of the Simon Wiesenthal Center, applauded Trump for correcting a “69-year-old travesty,” saying, “Every nation in the world has the right to designate its own capital – except for Israel, the only democracy in the Middle East. President Trump’s decision should inspire leading nations of the world…This historic decision will ultimately serve the cause of peace and reconciliation.

“Like President Harry Truman’s singular recognition of the State of Israel, President Trump’s decision to recognize Jerusalem as the capital of Israel will be a seminal moment in Jewish history,” Rabbi Hier concluded.

The American Zionist Movement used similar language with its president, Richard D. Heideman, welcoming the announcement as a “bold act in the spirit of Zionism that rectifies a historic wrong, and is a proper recognition of Jerusalem’s millennia-old status as the capital of Israel and the Jewish People.”

However, not everyone was overjoyed.

Jeremy Ben-Ami, founder and president of the dovish J-Street, said, “Trump’s announcement that the United States recognizes Jerusalem as the capital of Israel is an unhelpful step with no tangible benefits, only serious risks. Israel’s capital is without question in Jerusalem, and it should be internationally recognized as such in the context of an agreed two-state solution that also establishes a Palestinian capital in East Jerusalem,” Ben-Ami has said ahead of the announcement.

“The effect of moving the American embassy from Tel Aviv to Jerusalem or of declaring that Jerusalem is Israel’s capital prior to a negotiated agreement will be to anger key Arab allies, foment regional instability and undermine nascent US diplomatic efforts to resolve the larger conflict,” he continued, having noted that the change in policy would “dangerously break” America’s long-standing view that the final status of Jerusalem should only be determined by a peace agreement.

Originally published by Tamara Zieve in The Jerusalem Post