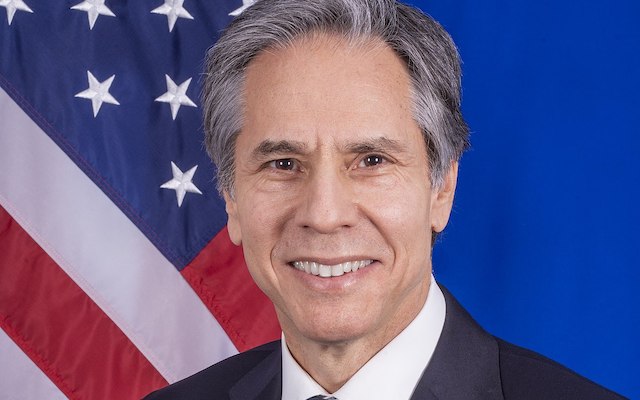 (The Jerusalem Post) “The Biden administration enthusiastically embraces the 2016 International Holocaust Remembrance Alliance’s working definition of antisemitism,” US Secretary of State Antony Blinken wrote in a letter to the American Zionist Movement on Tuesday.

Blinken responded to a letter from the American Zionist Movement, whose president, Richard Heideman, wrote to congratulate Blinken after he was sworn in.

“AZM also looks forward to continuing to work together with the State Department Office of the Special Envoy to Monitor and Combat Antisemitism as well as with the Special Envoy for Holocaust Issues,” Heideman wrote in the original letter. AZM shared copies of both letters with The Jerusalem Post.

In his letter, Blinken added: “We are eager to work with allies and partners to counter Holocaust distortion and combat antisemitism and other forms of intolerance abroad while we strengthen our efforts at home, including redoubling our efforts to counter violent extremism.”