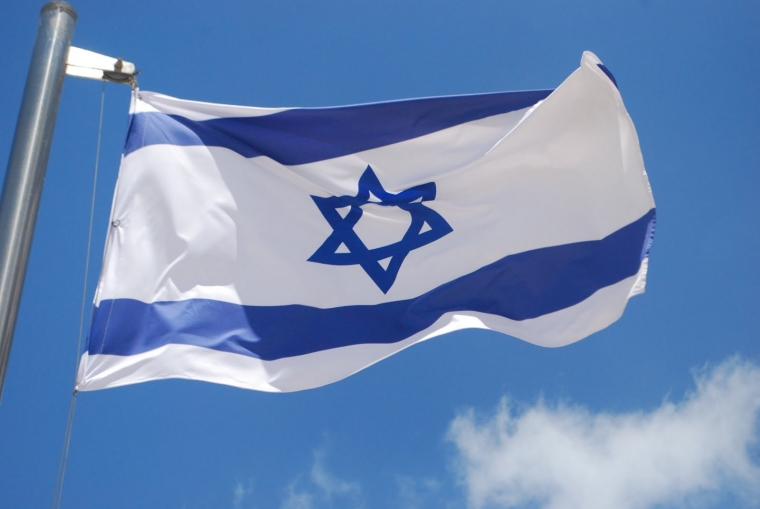 In 1985, Richard Heideman and his wife, Phyllis, left their three young children to travel halfway around the world as delegates for B’nai B’rith International at the United Nations World Conference on Women in Nairobi. During this chaotic event, the Heidemans, along with other delegates from Jewish and other NGOs, were incessantly physically and verbally abused by other delegates, specifically from the Palestinian delegation. Heideman’s wife was physically assaulted but stood her ground.

While many in similar situations would shy away from such future confrontations, the Heidemans understood that this was not a fight they could or would avoid as they understood that the opponents of Zionism and Israel will go to extraordinary lengths to attack in an attempt to silence the pro-Israel voice.

Heideman would return to the frontlines battle over the good name of Zionism and Israel on several subsequent occasions. In 2001, he served as head of delegation to the now infamous United Nations World Conference Against Racism in Durban, South Africa; in 2009, as head of delegation to the United Nations Durban Review Conference in Geneva; in 2011, as chairman of the UN Durban 10-year assessment event, and he authored the legal brief filed with the International Court of Justice regarding legal issues arising from Israel’s construction of its terrorism prevention security fence and highlighting Israel’s right and obligation to defend her people in her quest to stop terror. In his professional work, he was lead counsel representing American victims of terrorism in claims brought or pending against Libya, Syria, Iran, the PLO and organizations and financial institutions accused of providing material support for terrorism. Heideman testified before the US Senate Judiciary Subcommittee on behalf of American victims of Iranian and Palestinian terror.

It is clear that Heideman, who was elected in March as the president of the American Zionist Movement, the American federation of Zionist groups and individuals affiliated with the World Zionist Organization, does not shy away from a fight or a seemingly impossible cause. Nevertheless, he feels that the greatest threat today is the continued demonization and defamation of Israel and Zionism, which he says is having a negative effect on the Jewish pro-Israel world.

“Unfortunately, at a time when support for Israel, the nation-state of the Jewish people, is under attack from many quarters, some in the Jewish organizational world are telling us that we should disavow the term Zionism because it is in disrepute,” says Heideman. “Although Zionism is the proud and entirely legitimate national movement returning an oppressed and dispersed people to their ancestral and indigenous land, somewhere along the way, the term ‘Zionism’ was turned into something else, something that has been tarred and ill-branded.” Heideman continues, “If any other people returned to their ancient lands after thousands of years, the world would applaud, encourage, praise and support her. As it is Israel and the Jewish people returning to their ancestral homeland, the defamation and maligning is thunderous, accusing Israel of being the problem. This continued beating upon Israel, Zionists and the Jewish people is a classic example of anti-Zionism
in the form of antisemitism.”

A successful negotiator and formidable legal strategist, Heideman has taken on the most difficult position of his career: re-branding Zionism.

Upon taking office, Heideman launched the program Zionism Forward, an attempt to reenergize the Zionist movement and reputation. “Zionism Forward is a call to those in America who are committed to a better future for Israel, the Jewish people and Zionism to participate in a new effort to guide American Jewry to speak and act in unified support for Zionism and Israel as the nation-state of the Jewish people,” Heideman says. “We need to bring a new and fresh spirit to the AZM’s core principles: unity, identity, education and advocacy.”

With widely differing views and agendas, he is working to bring the AZM constituents, who collectively represent millions of American Jews, together toward their common goal of securing the future of the Jewish people, Israel and Zionism.

His inspiration comes from a commitment to serve and a dedication to the principles of Judaism and Zionism. He believes that both are intertwined and essential to the survival of the other. While the AZM constituent groups might agree on the idea, putting it into practice requires working together with different AZM organizations to understand their goals, mission, philosophy and history of service to the Jewish people in support of the lofty principles of Zion-ism. Meeting that challenge has become his
passion and his mission.

Under Heideman’s leadership, AZM recently launched the “American Zionist Shabbat” initiative, whereby Jews are invited to celebrate major Zionist milestones over the period of each Shabbat from Parashat Lekh Lekha to Parashat Vayishlah (October 28, 2017 – December 2, 2017). These weeks coincide with the Shabbat before the centennial of the Balfour Declaration until the Shabbat after the commemoration of 70 years since the adoption of the United Nations Partition Resolution.

“Zionism and Judaism are inseparable and we need to ensure that all Jews who are celebrating Shabbat around the world incorporate our love for Israel during our days of rest,” Heideman explains. “Zionism has become an unwelcome word for some, but if Zionism is out of favor then it unfortunately follows that Judaism itself is under similar stress, because all of our Jewish sources, tradition and culture revolve around Israel, so it is impossible to separate one from the other. We strive to accomplish that the essence of the reestablishment of Jewish sovereignty in our national and indigenous homeland becomes a central part of the lives of all Jews.”

The task, as Heideman sees it, is to create dialogue, an atmosphere of mutual respect and common purpose committed to unity among the Jewish people and a much-need-ed embrace of the next generation, who will lead the Jewish community into the next century.

Heideman is not naïve. Guided by years of experience in creative thinking to resolve conflicts, he is ready and willing to say what needs to be said and act when action is necessary. He has no tolerance for Holocaust denial or for the boycotting of Jewish businesses, no matter where they may be located. He notes that boycotts against Jews in Germany in 1933 was one of the components that led to state-sanctioned murder and the attempted annihilation of the Jewish people. When asked about one of the most contentious issues dividing Jewish leadership today, the presence of Jewish communities in Judea and Samaria, Heideman says, “The Jewish people have a proud and rich heritage and tradition, and are entitled to live, side by side with our neighbors, in our ancestral homeland.”
During our interview in Jerusalem, Heideman is careful to remind me that these are his own personal opinions, and not that of the organization he heads.

“Our students are being battered on campuses,” he laments, “and we have failed to give them the education, information and support that will help them survive antisemitism and assimilation – the most potent threats facing the Jewish people everywhere.”

Heideman is well-equipped for this cause, and together with his wife, Phyllis, who previously served as an appointee of president George W. Bush to the US Holocaust Memorial Council and is now president of the International March of the Living, this American Jewish power couple learned the hard way that one must sometimes literally take the punches to achieve important objectives.

Can Heideman lead the American Zionist Movement towards a vision which inspires renewed commitment and awareness to Zionism? Throughout his career in the Jewish and Zionist world, he has demonstrated leadership by example that even when something seems insurmountable it can still be achieved through a passionate commitment to excellence and the betterment of Israel and the Jewish people.

Originally published by Moshe Dann in The Jerusalem Post