B’nai B’rith at 175: Honorary Presidents Reflect on our Stellar Legacy 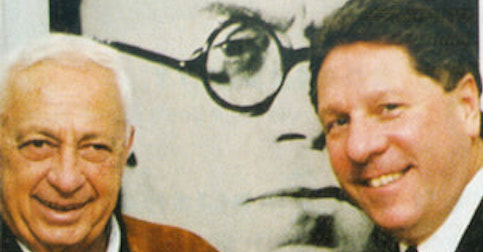 Richard D. Heideman
B’nai B’rith President (1998-2002)
​
Serving as president of B’nai B’rith International, and previously as Grand Aleph Godol (president) of AZA in the B’nai B’rith Youth Organization (BBYO), was indeed a great honor, particularly as my family and I are “products” of the leadership training, traditions and proud activities of B’nai B’rith’s rich history.

My election as president in 1998 in Jerusalem was a special moment, as was my first meeting with Israeli Prime Minister Benjamin Netanyahu. It was a privilege as B’nai B’rith president to meet with and discuss important issues of the day with presidents, prime ministers and heads of state. Dinner at the White House with President George W. Bush and Israeli President Moshe Katsav in 2001 was a historic experience.

B’nai B’rith’s standing and role at the United Nations are legendary and important. As B’nai B’rith president, as chairman of the Conference of Presidents’ United Nations Committee and as Head of Delegation to the September 2001 U.N. Conference on Racism in Durban, South Africa, I led the walkout with the U.S. and Israeli ambassadors due to the virulent anti-Semitism, anti-Zionism and anti-Israel U.N. “Hatefest.”

Special experiences during my term included creating the “Enlighten America – Enlighten the World” program in response to violent and intolerant acts and in-school hatred incidents that were afflicting the nation; launching the Communities in Crisis Program — our first campaign contributed an initial $5 million of humanitarian aid to Argentina during the depths of its financial crisis; being decorated for humanitarian service with the Merito de Mayo Award by the president of Argentina; and standing up for human rights, dignity and the good name of Israel, Zionism and the Jewish people.
​
Working together with Dan Mariaschin, B’nai B’rith’s excellent executive vice president and key public policy voice for the global Jewish community, and B’nai B’rith’s leadership in communities and countries, we were committed to expanding and strengthening B’nai B’rith’s standing and impact throughout the world, locally and globally.

Each experience speaks loudly about the importance, strength, vitality, relevance, history and future of B’nai B’rith International and our contribution in helping to make the world better for humankind.