For the sake of peace, Mahmoud Abbas’ reign of failed leadership and war against Zionism must end 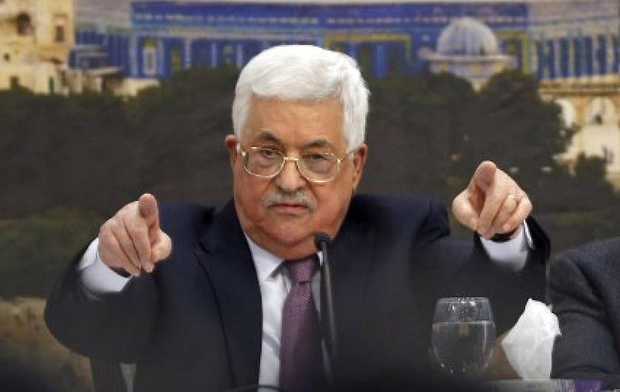 Palestinian leader Mahmoud Abbas has been and continues to be involved in a decades-long
ar of deception and denial against Zionism, the right of the Jewish People to sovereignty in their indigenous and ancestral homeland.

As a spiritual and ideological descendant of Hitler-ally and arch-rejectionist Haj Amin Al-Husseini, throughout his career, Abbas has continuously combined Antisemitism, Holocaust denial and falsification of history as tools to attack Zionism.

In 1982, Abbas defended his doctoral thesis at the Institute of Oriental Studies of the Soviet Academy of Sciences where he argued that the Holocaust had been exaggerated and that Zionists created “the myth” of six million murdered Jews, which he called a “fantastic lie”. He further claimed that those Jews who were killed by the Nazis were actually the victims of a Zionist-Nazi plot aimed to fuel vengeance against Jews and to expand their mass extermination.

Two years later, he reasserted these insidious views in his book, “The Other Side: The Secret Relationship Between Nazism and Zionism.”

While these lies and Holocaust denial, reversal and appropriation dressed up as facts and history is bad enough, the abuse of Holocaust memory was merely a weapon with which to bash his true target, Zionism and Jewish rights to the re-establishment of Israel in its ancestral homeland.

Over the years, many Palestinian leaders, including Abbas himself, have tried to hide or distance themselves from his views, when speaking before international audiences. Nevertheless, Abbas’s book falsely associating Zionists with Nazis is still taught in several West Bank Palestinian universities and remains proudly featured on his personal website.

Many had hoped that these views may have been those of a person from a different time and perhaps steeped in a former Soviet indoctrination. However, recent weeks have demonstrated clearly that

Abbas’ hatred and targeting of Zionism, the Holocaust and the Jewish People has never disappeared. It just went largely ignored – tolerated in the spirit of giving Arafat’s successor a platform to achieve nationhood for Palestinian Arabs.

A week ago, in a long and rambling address to a meeting of the Palestinian National Council in Ramallah, Abbas suggested that the root cause of the Holocaust was not so much the Nazis’ genocidal hatred of Jews as the Jews’ own conduct, specifically their “social behaviour”, adding that he meant “their social function related to banks and interest”. This blatant Antisemitism is outrageous and would not be tolerated if uttered by any other elected or anointed leader in the world; nor should it be overlooked as to Abbas. Abbas also once again provided fake history to deny the connection of the Jews to the Land of Israel, and claimed that the Jews of the Middle East and North Africa always lived well and unmolested under Arab rule – another lie.

It is abundantly clear that the failed leadership reign of Abbas, who has refused to have elections in the Palestinian territories for more than a decade, who teaches hate in the Palestinian schools, and rewards and incentivizes terror, must be brought to an immediate end. The entire region deserves better than the hateful, anti-Semitic, rejectionist rhetoric that spews forth from Abbas.

Meaningless and empty apologies cannot unring the bell of hate spewed forth from Abbas. His words, his acts, and his encouragement of incitement and terror cannot be countenanced.

Abbas must be considered persona non grata by all those who claim to believe that peace is possible in the Middle East.

The Palestinian Arabs need and deserve new leadership who will set aside hate and terror as its modus operandi, and will focus on building a real future, health, education, welfare, prosperity, peaceful co-existence and cherished freedoms to which they aspire and are entitled to enjoy.

Once Abbas and his abhorrent views are thrown to the dustbin of history and new, less hateful, and more hopeful and peaceful leadership is elected in the Palestinian Authority, the Palestine Liberation Organization and Fatah, the day might arrive when forthcoming peace initiatives might be achievable and thus bring all of the peoples of the region one step closer to a long-sought peaceful, secure and prosperous future.

Published in the Times of Israel