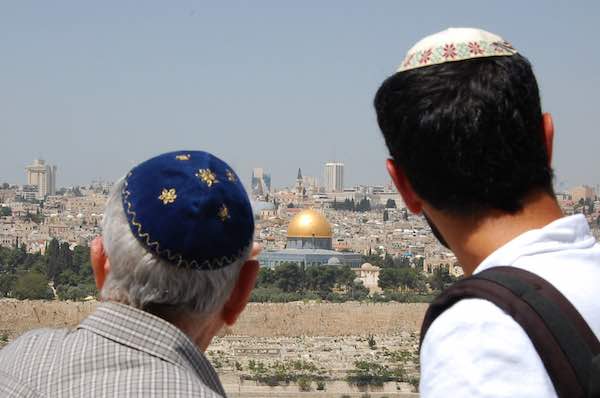 As Israel celebrated its Independence Day, the United Nations cultural agency UNESCO voted May 2 to deny the Jewish state’s sovereignty over Jerusalem.

“All legislative and administrative measures and actions taken by Israel, the occupying power, which have altered or purport to alter the character and status of the Holy City of Jerusalem, and in particular the ‘basic law’ on Jerusalem, are null and must be rescinded forthwith,” states a resolution passed by UNESCO in a 22-10 vote, with 23 abstentions.

Yet the measure also reaffirms “the importance of the Old City of Jerusalem and its Walls for the three monotheistic religions,” language Israeli officials view as an improvement from two UNESCO resolutions passed in October 2016 that ignore all Jewish and Christian connections to Jerusalem’s holy sites and refer to the Temple Mount exclusively by its Islamic name.

Arab nations that introduced the resolution passed May 2 modified its language to garner more support from Europe. The plan appears to have backfired, as six European countries voted against the measure—the U.K., Italy, Lithuania, Netherlands, Greece and Germany. The U.S., Paraguay, Ukraine and Togo also voted against the bill. Among those nations supporting the anti-Israel measure were Brazil, China, Egypt, Iran, Russia, South Africa and Sweden. France and Spain abstained from the vote.

Israel’s envoy to UNESCO, Carmel Shama, said the number of countries supporting Israel or abstaining was a “significant victory” given how little support the Jewish state typically has in the U.N., according to the Jerusalem Post.

Arab states lobbied European Union nations ahead of the vote, hoping the new language would unite Europe against the Jewish state. Germany, which originally led EU efforts to support the updated wording, ultimately voted against the measure.

Sharma said Arab states were shocked to learn that only one European nation, Sweden, supported their resolution.

Israeli Prime Minister Benjamin Netanyahu also saw a silver lining in the vote, telling foreign diplomats, “The number of countries who support this absurd UNESCO resolution is getting smaller.” He noted, “A year ago it was 32, six months ago it dropped to 26 and it now dropped to 22.”

“By claiming that Israel has no jurisdiction over any part of Jerusalem, countries who supported this resolution have adopted the rejectionist and maximalist position of Hamas and other extremist and terrorist groups,” he said, describing the UNESCO measure an effort “to erase Jewish history and the inalienable rights of the Jewish people to their ancient national homeland in a form of cultural imperialism which is anti-Semitic by any definition of the term.”

Israeli Deputy Foreign Minister Tzipi Hotovely said the U.N. agency, which is tasked with preserving heritage and culture around the world, “again and again fails in its role” when it comes to the Jewish state.

“Israel does not need approvals from political bodies for the unshakable historical connection to our eternal capital of Jerusalem, a 3,000-year-old connection that speaks from every stone of the city,” she said. “This is absurd. We have become used to the concept of ‘fake news.’ Well, welcome to fake history.”